4. Leaving for a new story

“If you ever find yourself in the wrong story, leave.” -photo above was taken from the plane as I left Boston. I remember the clouds were so full of  hope.

I always wanted to be a mother. Some women say they had to warm up to the idea, while others say that the maternal instinct didn’t kick in until having a baby. But for me I was always looking forward to that chapter. I chose to babysit on weekends in high school instead of go out with friends. I dreamed of creating family traditions, and bought clothes for my future children. Yeah, I was that girl. I dreamed of cooking my children organic meals and creating a home for them with my husband that would be full of love, opportunity and safety. I wanted to raise strong daughters, and teach them to love themselves. Yet, the irony: I was with a man who would demean any strength I had left.

Still, I kept this hope. I was 33 years old now, almost 34- still childless- and I wanted this marriage to work. I wanted him to be the man I believed I had fallen in love with. And how could I have been so wrong about him? How could he pretend to be one thing, but be the opposite? I refused to disregard the goodness I felt he’d shown me. I couldn’t sort it out in my brain, so when I came home with him after that ride to the Boston airport I had already forgiven him.

I was ready to love him. I wanted to give him my all.

I thought he’d feel the same way.  We would move on. We would learn.

That first night home in our new apartment, he told me we had a dinner date with friends. I was worn out from crying, but got dressed and done up. It made me feel better. When I was ready to head out the door, he told me I needed to change my clothes. I was too formal, he said. He wanted me in shorts, not pants. He wanted me in flats, not heels.

I changed my clothes. I felt broken and tired. I wanted to please him.

The dinner brought hope. We laughed and talked with his new friends from France and Mexico. He was always so charming in social settings.  I loved that about him. It felt good. His friends asked me about my journalism career. I noticed I was timid and kept looking at my husband to see if what I was saying was acceptable to him.

Hope remained as I fell asleep that evening full of food and new friends. I didn’t realize it would be the last time my husband would speak to me for days.

The next morning: Not a word as he got up and ready for classes. The pattern continued into the evening. I was desperate to break the silence after two days of solitude, but spoke to my friend Leigha on the phone- she just happened to be a relationship coach- and she encouraged me to let him open up first. Just do your thing, she’d say.  But that was day 2. Now it was day 3…Day 4. Not a word. I had no idea what was wrong. I believed the dinner had gone well. We had been happy for a brief moment, or so it seemed.

But Leigha was right. He opened up – finally.

On the fourth day, he walked into our apartment and said he needed to share something personal with me. I sat down and held his hand. He told me he believed we’d do better apart. He realized now I should have kept my reporting career in Salt Lake City and taken the job offer I’d declined when we chose to get married and move.  He asked me if I thought it was still available.

I started crying. I tried so hard not to cry. He became angry, and told me he had come to me to be vulnerable and share, and he asked why I would respond with tears. He said he knew that crying was not acceptable to him. I was making this so hard on him, he said. It was always my fault. Everything was my fault. I made his life hard.

Three days later I was the one who broke the silence. I asked if he would be interested in couples therapy. He said: “Absolutely not.” He told me that only I was the problem. I calmly told him then that he was right, we’d do better apart, and I was leaving.

I gave him my reasons: I want to feel loved. I want to feel someone is grateful for me. I want someone who will talk to me.  I can’t do this any longer, I told him. And I want children. I want a family. I want a companion who is looking forward to starting this next chapter with me. If we can’t even talk to each other for days how are we going to raise a family together?

He was sitting at the table and he looked up at me- making eye contact with me for the first time in days. I’ll never forge what he said:

“Lauren, I want children too. I just don’t know if I want yours.”

If you find yourself in the wrong story- leave. I knew now with certainty: This was not my story. I quietly started packing and he watched.

I asked if he could purchase that plane ticket he’d been wanting to buy.

He told me no.

I had nothing. No money, no job, no parents to fall back on- just a man who was always encouraging me to leave, yet now telling me he wouldn’t let me go.

I calmly asked if he could at least take me to the airport if I found a friend to buy me a ticket.  He refused. He told me I wasn’t leaving.

When he left to go study with friends that night, I found his credit card and bought the airplane ticket. I scheduled and charged a taxi ride, too. I was proud of myself.

If I was ever going to raise strong daughters, I needed to be a strong woman.

If I was going to teach my children about love, I had to love myself enough to leave.

The next morning when he got up for school, I reminded him again that I was leaving that day. Silence. As usual, no talk, just avoidance.

I told him I had a ticket, and I wanted him to understand clearly that I was leaving. Silence again.

I’m not sure if he didn’t believe me, or if it was a lack of listening, or denial, but he would never take what I said seriously. I always tried to be clear, but he refused to listen. His only filter for understanding the world was his own. My voice never mattered.

In the security line at the airport my phone rang.

“Where are you?” He asked, acting shocked.

He begged me to come back. He went between weeping and yelling, and telling me how much he loved me. “We were married in the Mormon temple, Lauren!” “How could you do this to me, Lauren?” It was always about what I did to him. And, once again, only his tears mattered. His tears were some of the most manipulative tears I have ever seen, especially when he was losing control.

I barely got on that plane. I was crying again. The tears were becoming so common. I didn’t want to be in a marriage with so many tears of pain.

I kept reminding myself: If I wanted to one day have strong daughters, I had to be strong. I flew to Salt Lake City, so scared, but taking it one step at a time. And then I flew to the Dominican Republic to visit a close friend.

I found solace with my friend in the Dominican Republic. Kristy was an old Mormon mission companion of mine. She was a mother and asked me to come watch her children after I landed in Utah. What could be a better escape from a story I didn’t belong in than to fly to my friend, and enjoy her two beautiful children for two weeks in paradise? That would be the perfect way to find my story again. 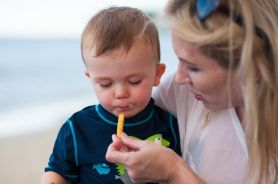 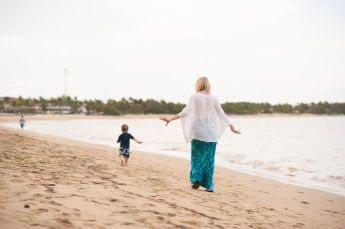 I had left! I was so proud of myself. 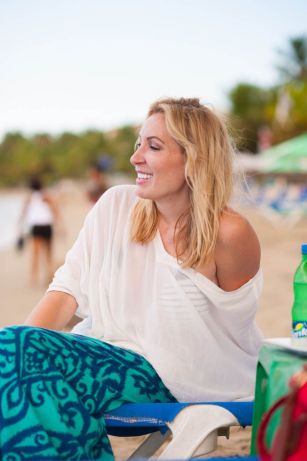 From the Dominican Republic, I was flying to Tucson, Arizona. My Aunt Ruthanne had purchased that ticket, and said she was waiting with open arms. She couldn’t wait to see me and to know I was away from husband. I was learning to be strong once again.

After leaving I still had hope: Hope to have children. Hope for love. Hope for a better life. That was hope worth having. I longer had hope with him- I needed to start a new life with someone who actually wanted to talk to me. Silence in a new marriage can be deafening- and demeaning. I needed to leave- and, for the first time, I did.

Copyright © 2016 Lauren Matthias / LaurenMatthias.com copyright 2016. all rights reserved. You may not take  content from this site without written permission.

To read the rest of Lauren’s story and ebook click HERE  If you’re experiencing the pain and devastation (whether  now or in the past) of being in an abusive relationship with a narcissist and you’re ready to get your life back with the help of coaching – Click “contact” at the bottom of this page.

A friend, and storyteller. A former TV reporter now writing among the beautiful red rock of southern Utah, and blogging about my journey in finding love.